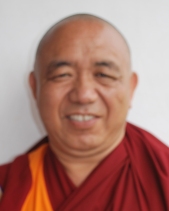 Venerable Jampa Sopa was enthroned to the Abbot ( Khenpo) of Dzongkar Choede Monastery on the 2nd day of the 8th month of royal year 2140 (Tibetan Lunar Calendar). The enthronement date in tibetan calendar coincides with 6th October 2013. Following is a brief biography of Khen Rinpoche.

Khenpo Jampa Sopa was born in 1962 in Tibet. At the age of 15, he was admitted to Dzongkar Choede Monastery which is based in South India. In 1982, he received Sramanera ordination from His Holiness Ling Rinpoche, the senior tutor of H.H the 14th Dalai Lama. He has also received the Bikshu's ordination from His Holiness the Dalai Lama in 1985.He studied Buddhist philosophy from proficient Geshes of Sera Jeh monastery in India. At the same time, he studied many tantric meaning and ritual practices from the masters of his own monastery and also from Gudmey monastery. He has also received teachings and transmissions from a number of eminent lamas and Geshes. In addition to His Holiness the14th Dalai Lama's teachings, others include two of His Holiness's tutors, previous Pannang Rinpoche, H.H. Sakya Trichen, Kyabje Chogye Trichen, Kyabje Trulshig Rinpoche, Jangje Choeje Lobsang Tenzin Rinpoche and etc.

In the year 2000, as advised by H.H. The Dalai Lama, Porong Palmo Choeding Monastery and Porong Community in Kathmandu requested Dzongkar Choede Monastery to admit and impart basic monastic education to the 6 years old Bodong Choktrul Tenzin Thutop Jigdral. Thereupon, Dzonkar Choede Monastery appointed Khenpo Jampa Sopa as mentor of the young Tulku and he took care of him. Since then Khenpo Sopa is associated with educating this important Lama.

Khenpo Jampa Sopa served as a Chant master for seven years at Dzongkar Choede Monastery. In 2003 he was appointed the "Lopon" ( ritual master ) of the monastery and continues to teach at the monastery. He is the master in Buddhist Mandala Arts, Tibetan Buddhist Ritual and is well versed in the Sutras and Tantras. In 2004 he accepted the position of Abbot at the Kyidong Thuk-Che-Choeling, a Nunnery school in Nepal. Throughout these years, the venerable Abbot has been teaching Buddhist tantric art of creating various sand Mandalas, authentic tradition of practices of ritual, meditation, Lamrim teaching and many other aspects of Buddhist practices.

In his nine years as Abbot of Kyidong Thukchoe Nunnery, khenpo Jampa Sopa not only gave religious teachings, but also introduced administrative reforms. He created departmental committees, thereby making the young educated nuns shoulder responsibilities. Under the umbrella of the main office, subcommittees for health, education, audit and accounting were introduced. This was received with much appreciation by the young nuns and proved to be a big success.

One of the most important achievements as Abbot was the appointment of qualified Geshes from Sera to teach dialectics to the nuns. This changed the curriculum of the nunnery from a ritual-oriented routine to a more academic one. As a result, since 2007, KTN nuns have been able to participate in annual inter-nunnery winter debating sessions at Dharamsala and other venues.

In appreciation of his contribution, KTNunnery, on 8th September 2013 , organized an elaborate farewell function for the outgoing Abbot Jampa Sopa as well as to welcome his successor, Thupten Tsering. It was attended by the Representative of H.H.The Dalai Lama, representatives from other important monasteries and nunneries and a huge crowd of lay followers and donors.

In addition to the Monastic teachings, Abbot Jampa Sopa has been received with adulation by many western followers. Thereby, he has been invited and traveled several times to Europe, America, Canada and Japan to teach Buddhist philosophy. He speaks and understands English, but needs proficient translator for progressing on higher teaching. 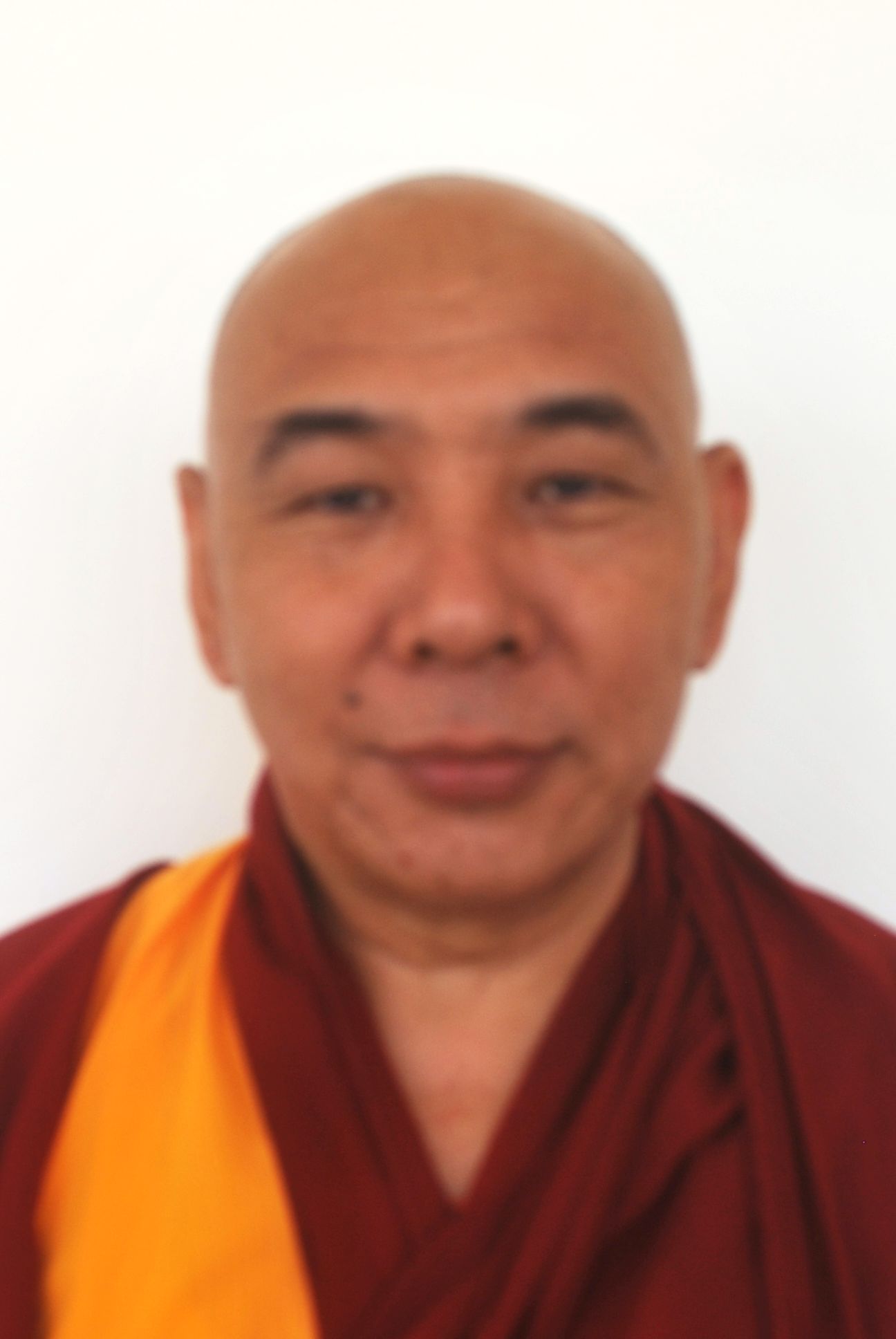 Ex-Khenrinpoche Ven. Jampa Kalsang la. was enrolled at the age of 7 in this Dzongkar Choede Monastery in Tibet and since then studied and practiced the Sutras and Tantras completely for 22 years. At the completion of 22 years, he has taken charges of chanting master and discharge duties for 13 years. After this for three years taken the charges of Disciplinarian master of the monastery. Then the charges of Acarya (Lopon) for four years.

During those periods, have discharged my full responsibilities to the benefit of the Monastery. Qualification is equivalent to Geshe degree. While in charge have studied and practiced and attained all the four types' lineage of meditation deities and attained the complete retreat practices. Specifically, have attained the retreat of Yamentaka for 3 years, 3 months and 3 days strictly abiding to the rules of the Buddhism. After the completion of this retreat in the year 2005, he has been appointed to the post of abbot of the Dzongkar Choede Monastery by his H.H The Dalai Lama. And on 3rd Dec, 2005 called by the H.H. The Dalai Lama's palace at Dharamsala and taken the oath in front. 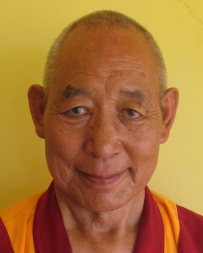 Ex-Khenrinpoche Ven, Thupten Tsondue la, has become a monk at the age of 15 year. Since then studied sutras and Tantras-completed his studies and practices and thereafter he took the responsibilities to run the monastery. He and few elder monks could escaped from Tibet after the invasion by china in 1959. Hence, In the year 1972 with the kind guidance of H. H. the Dalai Lama, he and other monks re-established the Dzongkar Choede Monastery at Hunsur, Gurupura in south India. There were initially hardly 20 monks but due to their courage and hardship, the monastery could stand as of today. At that time he has shouldered the major responsibility of the monastery. They have lived in Bamboo Houses for long time. After few years with lots of hardships new Temple has been constructed and at that time monks gradually increased. Hence, due to increase of monks the small temple was so congested and monks could not fit into. Therefore, he and elder monks made decision and have left to abroad to raise the funds to construct a new larger temple. The new temple's construction was completed and opening ceremony was done by His Holiness The Dalai Lama in 2004 end.